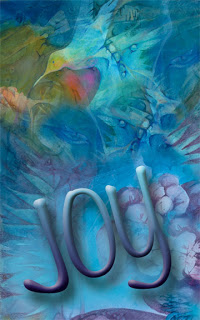 For many many years, I have asked for guidance and the power to carry that out. For most things, especially regarding my recovery, I have responded to said guidance in whatever way that I interpreted it to be, explicitly, as best as I could. It has always “paid off” in serenity. There is one area, however, that has been much more about progress than perfection. It’s got to do with the cultivation of joy.

Early on, I discovered that guidance would make itself perfectly clear if I did not listen. Pretty soon, the old proverbial two-by-four would come out, for clarity’s sake.

“Oh, ok, I get it!” I’d say, and quickly scurry to get back on the road.
Then, one day, I had an epiphany. It occurred to me that most of the time I have a choice. I could have guidance as a joyous thing, or I could wait to recognize it only when I got hit up the side of the head. Ouch!

I decided then and there to choose joy, and immediately started the practice of asking for guidance to show up as joy in my heart, so that I would recognize it. Amazing! I filled up with joy! It seemed like it was leaking out my every pore. Apparently, I need a lot of guidance. For many years now, as I have repeated that request, I have had this undying sense of joy at my center, throughout even my darkest experiences.

Several years back, upon reflection of quite a few years of this daily practice, I had another epiphany. Even though the joy would be quite palpable, when it came to the crossroads of my passion in life and making my living, I would unconsciously choose to do the exact opposite of that joy message. I would should and shame myself into submission – choosing instead to do the “practical” thing everyone else said to do. I would take the path of misery because it was the “responsible” thing to do, forsaking most always the joy-inducing expression of the gifts I have been given. So, I had the flash of insight at this juncture that guidance was telling me to do what I am best at doing. What a concept!

I have discovered that I have put a joy-cap on most my life. Somehow, in my self-concept, joy as guidance was ok, but actively allowing myself to participate in joyous activities was something I needed to curtail and keep a handle on, lest I become too full of it or something. What a bunch of hooey, and yet it has taken most of my life to even recognize that that was what I was doing.

Since then, I have been working on saying Yes! to my higher power even when it means slushing through so much joy that I can hardly stand it. My threshold for joy has been rising as I take on the strenuous work of accepting/receiving it. Life just keeps getting better and better, as I weed out my self-punishing tendencies, and cultivate the ability to immerse in joy.